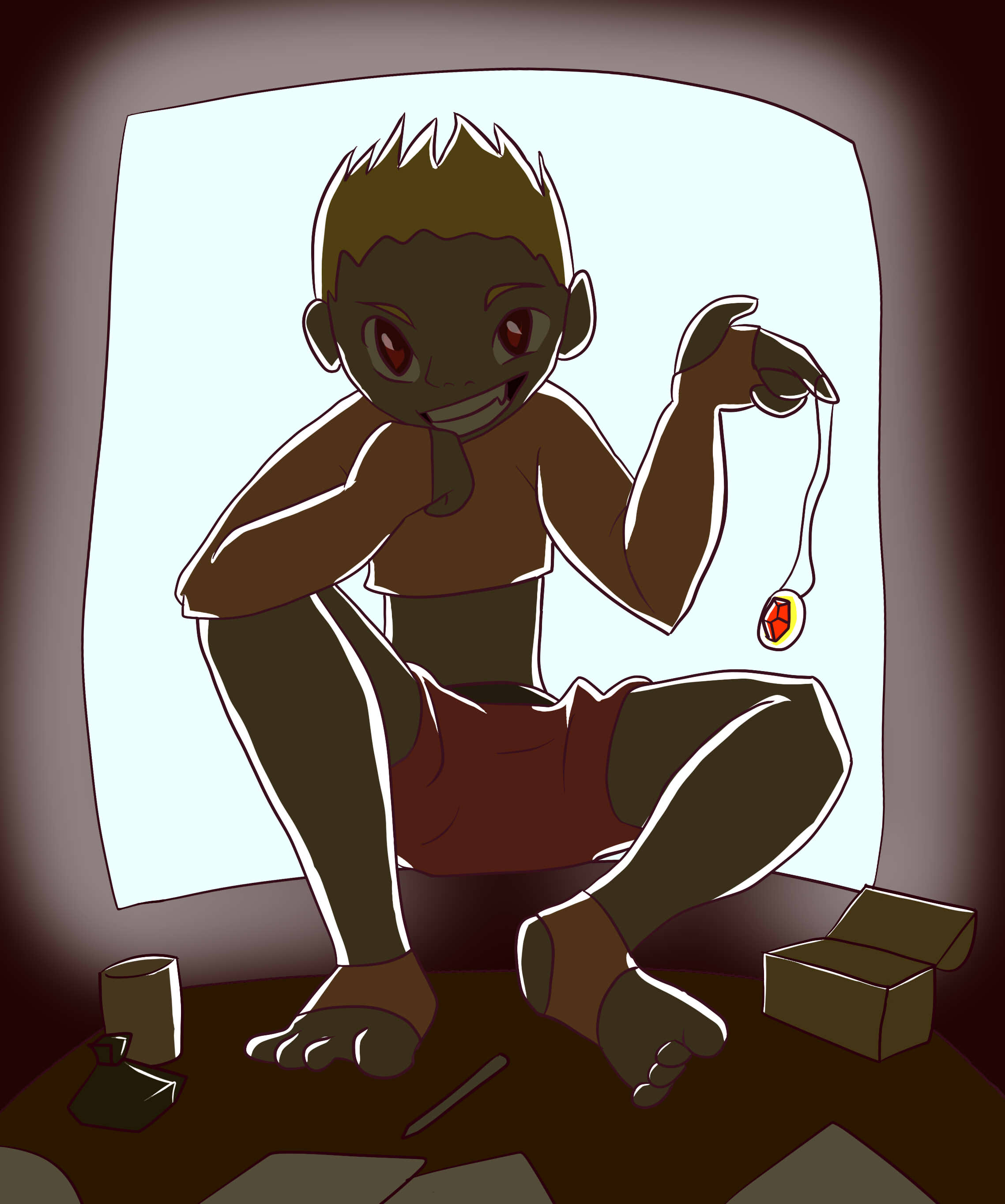 Oh hey it's that character again. I originally conceived of him as a smug thief in some sort of coastal fantasy town, but I didn't get to show that in his first appearance. To make it extra-clear, I did another quote set

"Oh heeeeey! I noticed you left the window open with some very valuable trinkets inside! That's quite dangerous! Better hold on to them to make sure they're safe"

This was a good opportunity to try out a backlit scene, but it didn't end up as dynamic as I would have liked.

Also my friend koti cameoed a genderbent version of him in her super awesome comic called Awaken! His alternate self is just as much of a jerk as I imagined him to be.