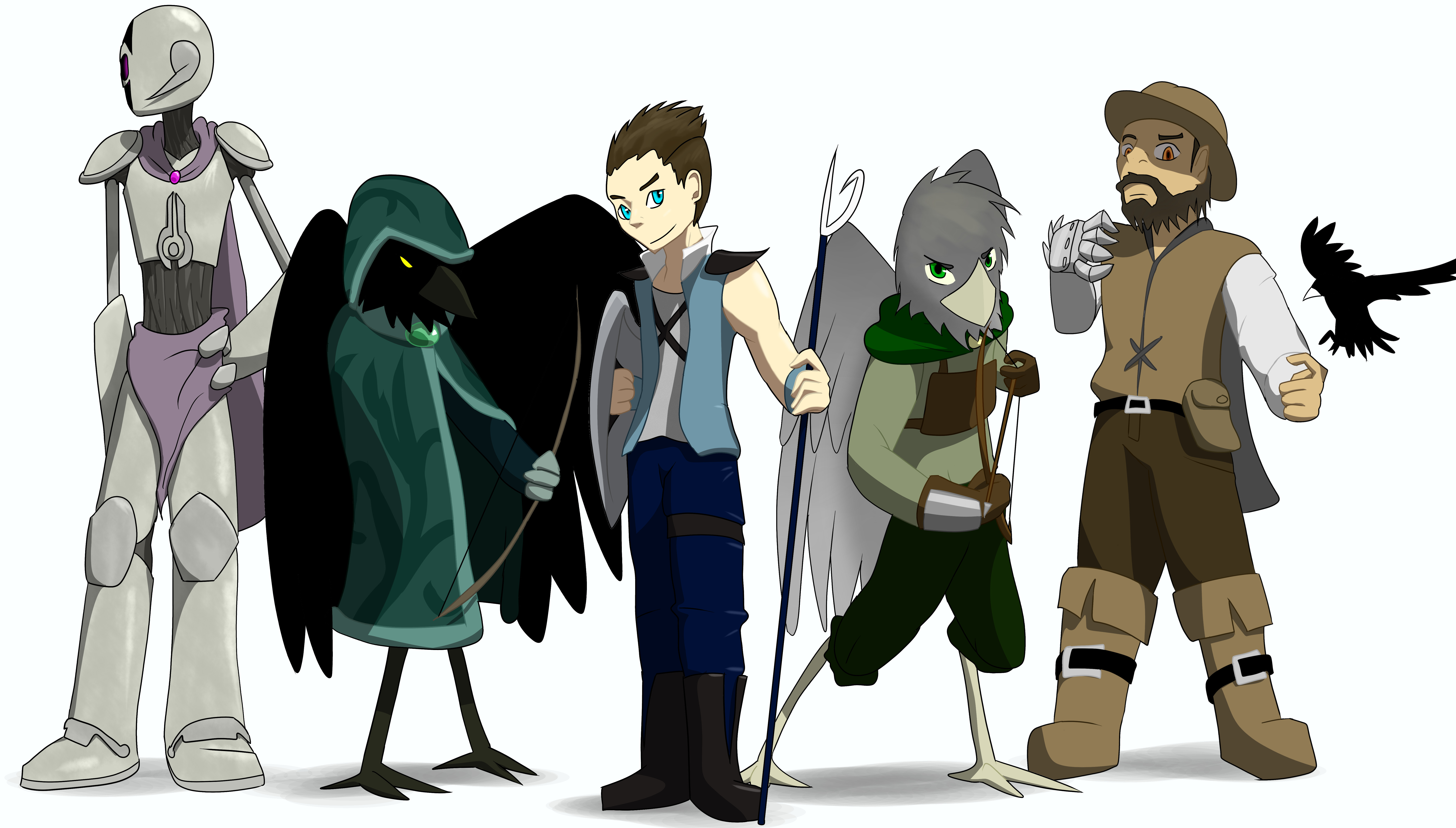 So this is my DnD party that I play in. It's a custom homebrew campaign where we're trying to track down some artifacts held by some very thematic cults in the world of El-air (the name regards a later joke). So, let's run down the characters (left-to-right):

Jie - Warforged Wizard - This is my character. Their motives are unclear, and they come across as cold and methodical. Gets annoyed easily.

Ocha - Aarakocra Rogue - Brother of Oshi, is always up for some thieving and stabbing. Tries to not stand out too much though.

Garland - Human Cleric - Worships Josiah, the Lord of Justice. The only person with actual morals in the party, he tries to redeem everyone around him even if they really don't deserve it.

Oshi - Aarakocra (Revised) Ranger - Brother of Ochi, often tries to one-up his shenanigans. Very crafty in coming up with plans.

Desmond - Human Warlock - Has a bird that annoys enemies. Tends to mirror image himself at the slightest provocation, his past and pact is quite unknown at this point.