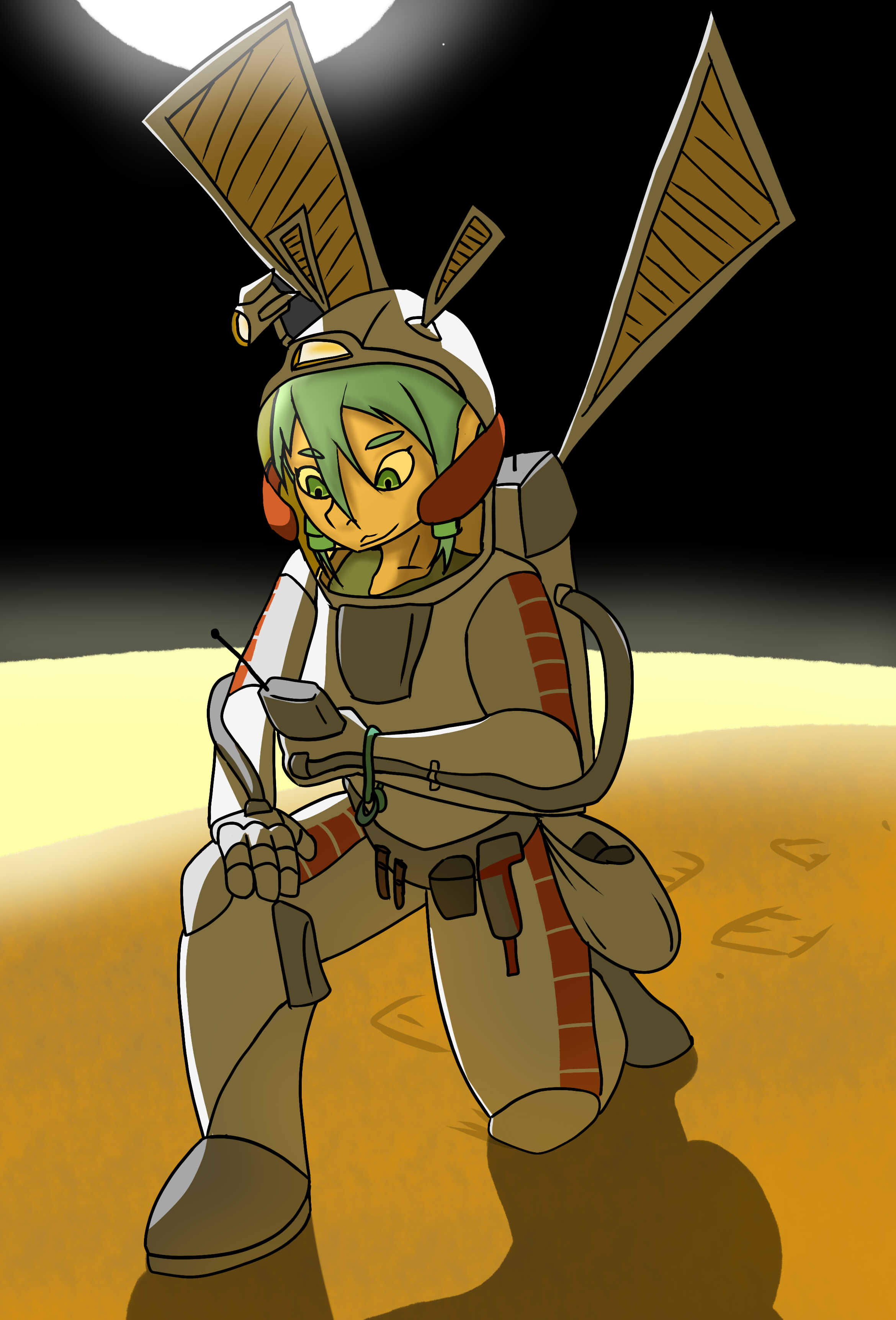 So this was part of a challenge I was hosting in one of the discord servers I frequent, where each artist would draw a biome and then each artist would draw something/someone that would be found in such an environment. I got to draw something sci-fi, so that was fun! I decided not to color the lines on this one, which I think is eh. I'm happy how far I got with the lighting though, tried to incorporate some of the reflection off the surface and the lava came out well.

Here's Senpoka's original image and description for the biome:

"These twin suns rotate around each other in the galaxy.They are somewhat close proximity to each other, but they have not collided. One sun has more yellow-orange colors and reaches temperatures between 90 to 124 degrees Farenheit regularly. It is relatively more habitable than the other sun, which is a magenta pink. They yellow-orange sun has some parts or rocky land on it, which are commonly surrounded by lava pools. The rocks are relatively medium size, but some are large enough for a house to be built on. The magenta-pink sun is less habitable. It has very few rocks on it. It has a big eye where a tremendous storm occurs. From that storm, its high energy pours throughout the planet, at speeds of 200 mph. There is also a fiery shooting star that orbits around both suns and can be seen from either once every 8 weeks." 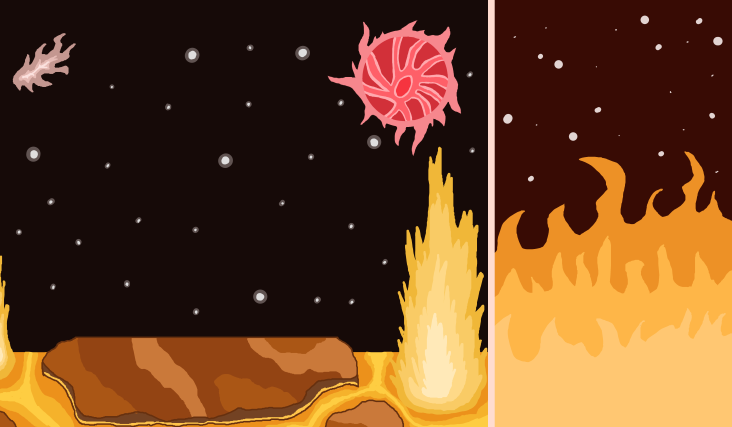 And here's my writeup of my drawing:

"Rein is an astrogeologist sent to investigate the unique environment of the twin suns. Out on exploration, she sports a hostile environment suit, created to contend with the heat. Large radiators to dump the excess heat sprout from her life support backpack, with backup ones placed directly on her helmet. Propellent lines run to the back of her gloves to make travel easier- upon command, they provide thrust to fly. Right now she's utilizing her universal position system to track down an interesting vein of ore that was scanned from orbit- hopefully providing a clue to the origin of the binary system."